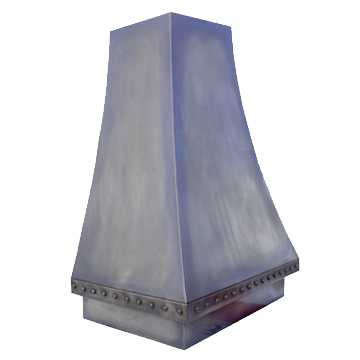 Initially developed in the East, nickel silver, commonly referred to as German nickel, was being produced sometime in the 16th century in Western Europe and was in regular use by the 18th century. Used for jewelry primarily, nickel silver found its way into coins, musical instruments, model railroad tracks, and items to be electroplated with silver, among others. At Texas Lightsmith, we have been using nickel silver for over 20 years in the production of range hoods, sinks, and countertops.

Nickel silver is a very tough material due to its nickel content. It is much less prone to denting and scratching than zinc or pewter as well as being less reactive. Thus, for items such as countertops, sinks, backsplashes, and range hoods, it is a superior material. 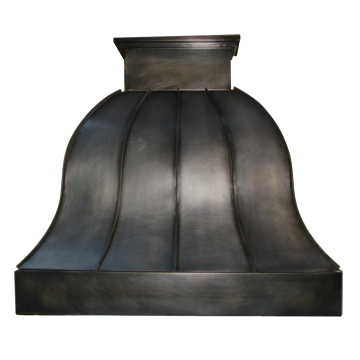 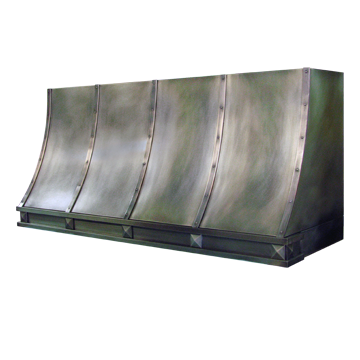 Nickel silver is an alloy of copper, zinc, and nickel. In appearance, it has a subtle warm silver color naturally that is very apparent when contrasted to stainless steel, pure zinc, or pewter. This alloy will oxidize, though not as readily as copper and other copper alloys and can achieve a lovely range of patinas including a range of graphite greys to black and even some degree of verdigris.

At Texas Lightsmith we use solid nickel silver instead of a copper plated with nickel silver to give your artisan projects superior durability to last for years to come. 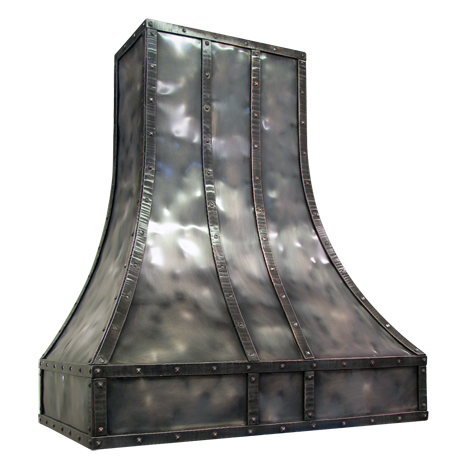 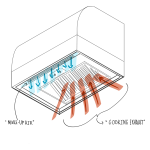 Do you need makeup air?

From our friends at Houzz.com

Find us on Houzz.com